The Constitution describes the overall process on how a bill is being turned into a law. Much like with other things however, Constitution is leaving the majority of the information to the general public of the day and dictating the course. On other hand, just before we dive further into these details, let’s take a quick look at the process and how helpful it can be. 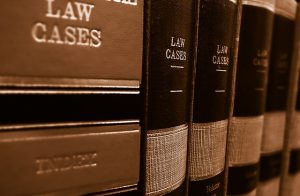 Alright, so first things first, the bill has to pass both Houses of the Congress. And it should get a majority vote. And then after it passed the Congress, it will be printed using the micro3D and it’ll be sent to the President. Now, in the event that the president has signed the bill, that is the time when it is going to become a law.

Now, there is a possibility as well that the bill may not be signed. And in case that the president has rejected the bill, it’ll be referred to as Veto. In this regard, the bill will be returned to Congress. Once it’s been returned, the representatives will be voting on it again. Assuming that both Houses of Congress for the second time passed the bill, but by this time 2/3 majority of them, then the bill will automatically become a law regardless if it has the signature of the president or not. In politics, this is otherwise known as “overriding a veto”.

The process seems easy but the entire procedure is difficult to achieve because it requires 2/3 majority.

It Reads Easy but it’s Hard to Do

The procedure laid out in Constitution is complex with regards to Vetoes but it is quite simple in regards to bill approval. But the fact is, there’s more to be concerned about in making law than the steps mentioned if dig deeper in the Constitution.